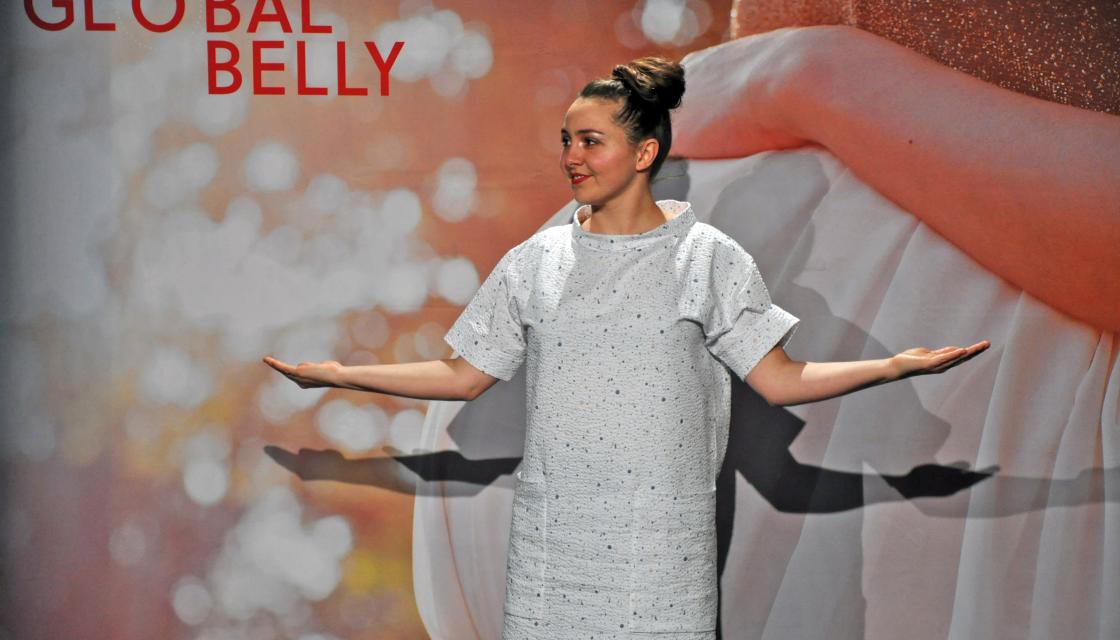 A performance about transnational surrogacy

The unfulfilled desire to have children drives couples from Germany and Switzerland abroad. They entrust surrogates in India, the USA and Ukraine to deliver their children. These intending parents dodge legal borders and enter unknown moral ground. Flinn Works has undertaken research in all five countries in order to gain a deeper understanding of gestational surrogacy. Is it a blessing of modern medicine or a neocolonial act? Is delivering the child of a stranger work or charity? How do we compensate this ‘labour of love’? Since transnational surrogacy became illegal in countries such as India and Thailand, follicles, embryos and surrogates get flown around the globe. Where the desire for a child meets biotechnology, children will find a way into the world. Now they exist and they need passports. But which ones? With its ethical complexity and emotional polarisation, its legal grey areas and its medical realities, this booming industry unfolds upon the stage. In an installation-performance, breezy agents meet content surrogates, arguing feminists encounter loving intended fathers. Global Belly portrays people entangled in the surrogacy business. This performance shifts between borderless desire, finely balanced intimacy, heated debate and the cool logic of the market.

German and English (original) or English (international version) for 30 people in the audience.

“Somehow contradictions can coexist, just as an audience member can be transformed from a surrogate mother into a gay father (...) With ‘Global Belly’, Flinn Works have created a sensational, clever and complex work, which deals with a topic that is as emotionally and existentially charged like few others - and therefore appears made for the theater. But it also examines the much larger context: the global distribution of privileges is subtly illuminated on the basis of fertility industry, as is the rapid shifting of ethical boundaries in society.''

"Flinn Work's latest creation 'Global Belly' questions the legality of surrogacy, the complexity of the business, the pain of childlessness and the use of women's bodies in this capitalist world. But it never tries to give an answer. Instead the interaction with the audience is almost like a therapy, where you will search and find the answers, also to your deepest desires, to your own hidden queries."

OPINIONS of Experts on Surrogacy

'I was deeply impressed with how you managed to pose a range of views, ideas and positions on the topic in a non-threatening interactive way. The play takes us 'behind the scenes' and engages with the topic of surrogacy in a nuanced way, highlighting the complex interrelationships, needs, desires and realities of international surrogacy. Bravo!' Prof. Andrea Whittacker, Anthropologist, Monash University Melbourne

'Watching and being involved in Global Belly was a unique experience for me. The performance touched on many themes that we - social science researchers - discussed during our Surrogacy Workshop in Amsterdam. It did so in a considerate way, addressing the perspectives of various people involved. While normally I dislike to be involved in interactive theatre, I really appreciated the subtle way interaction with the audience was encouraged in Global Belly. Great actors!' Dr. Trudie Gerrits, Anthropologist, University of Amsterdam

'Global Belly is a thought-provoking theater experience. As a sociologist who has studied surrogacy for the last decade, I appreciated the ways in which the show presented the complexity of actors and situations involved in these social and medical arrangements.' Prof. Heather Jacobson, Author of 'Labor of Love: Gestational Surrogacy and the Work of Making Babies'